“The genius of play is that, in playing, we create imaginative new cognitive combinations. And in creating those novel combinations we find what works” – Stuart Brown MD, Play

Researchers suggest that ‘play allows ‘pretend’ rehearsal for the challenges and ambiguities of life, a rehearsal in which life and death are not at stake’. Stuart Brown MD cites various studies that suggest that when we play we create new neural networks in the brain which allow the brain to grow and develop. Clearly this is crucial for young children – but the benefits do not stop there – our adult brains also benefit! Not only does play support our problem solving skills and creativity by reformatting our brains, but Stuart Brown also argues that there is evidence to suggest that when we play we feel more optimistic. Lack of play conversely he argues can cause us to become depressed.

Improvisation involves creating short scenes from scratch. When we improvise we practice key skills such as listening, acceptance, making the other look good, being honest, being present and in the moment. Not only can these scenes be funny, but they also allow us to develop and practice skills which are useful in other areas of life. Improvisation can also be used for problem solving and helping to look at situations from different perspectives. It can also help to make light of challenging situations.

Gibberish is ultimately nonsensical – but it has a wide variety of playful and therapeutic applications. It can be incorporated into workshops or used as a stand-alone workshop. 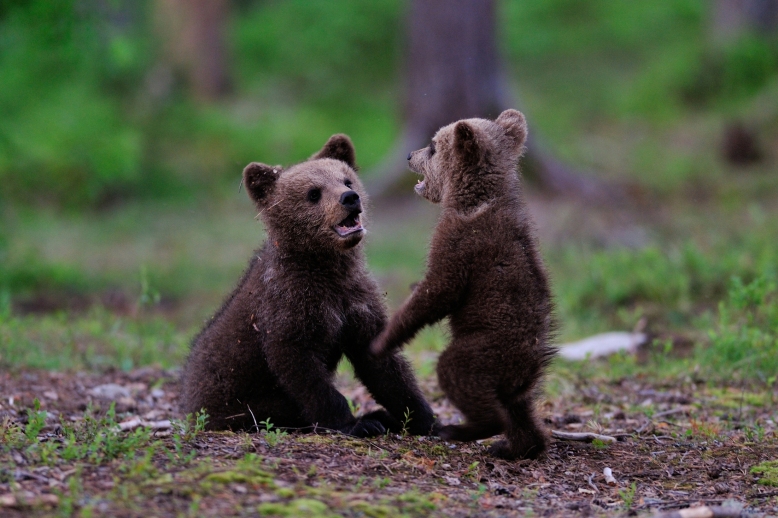 There is a lovely piece of research discussed in the book Play by Stuart Brown done by a couple who studied Alaskan grizzly bears for over 15 years. The researchers found that the more time the bears spent in play correlated with a greater lifespan. This surprised them, as they were expecting that the bears were missing out on time to gather food – however they concluded that play enhances longevity by allowing ‘‘pretend’ rehearsal for the challenges and ambiguities of life’’.

Stuart Brown MD further suggests that when we play we create new neural networks in the brain which allow the brain to grow and develop, promoting subsequent problem solving skills and enhancing creativity.

An article on Play that I wrote for Juno Magazine – www.junomagazine.com 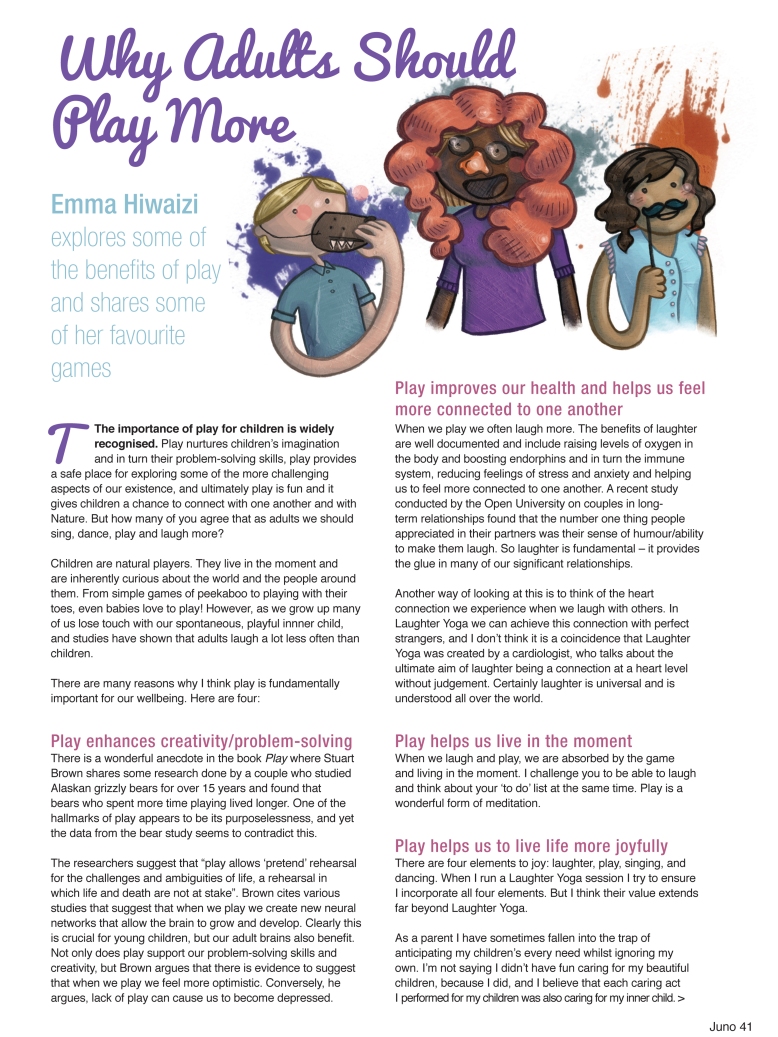 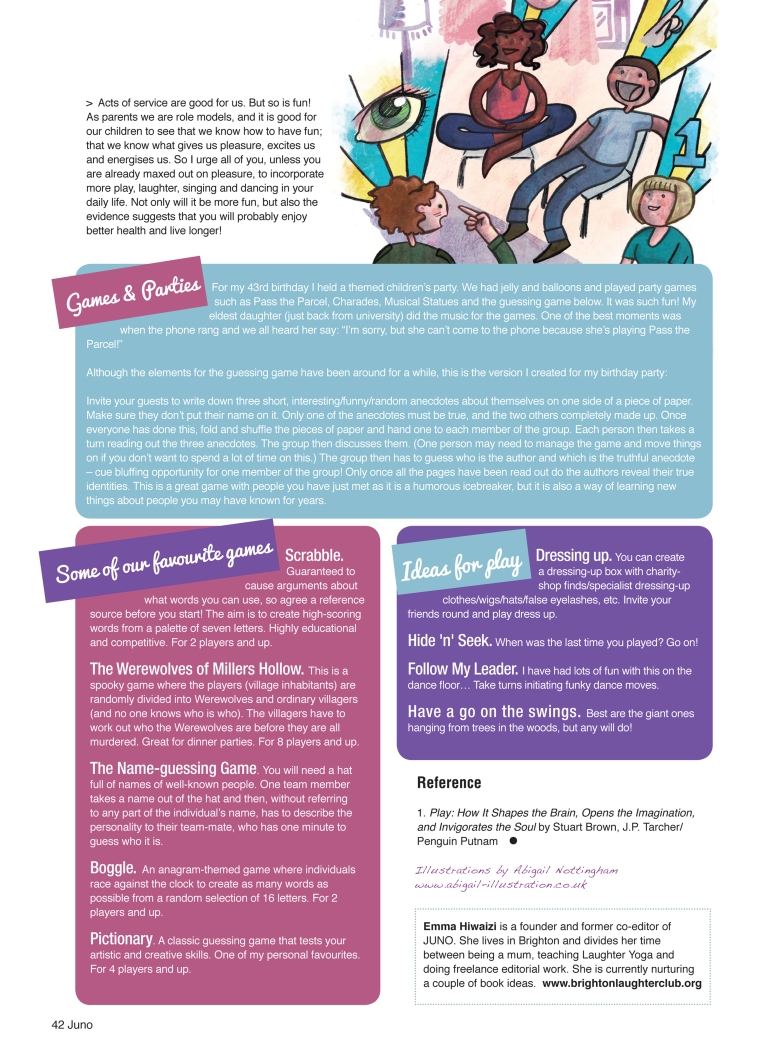